A few words about our Programme

The Cooperation Programme “Greece-Bulgaria 2014-2020” was approved by the European Commission on 13/12/2016 by Decision C(2016)8708.   Budget The total budget (ERDF and national contribution) for the European Territorial Programme “Greece-Bulgaria 2007-2013” is €130,262,835.00 .The total financing consists of €110.723.409,75 (85%) ERDF funding and €19.539.425,25 (15%) national contribution. Eligible area The eligible area of the Programme consists of the Region of Eastern Macedonia and Thrace (Prefectures of Evros, Kavala, Xanthi, Rodopi and Drama) and the Region of Central Macedonia (Prefectures of Thessaloniki and Serres) in Greece and the South-Central Planning Region and South-West Planning Region (Districts of Blagoevgrad, Smolyan, Kardjali and Haskovo) in Bulgaria. 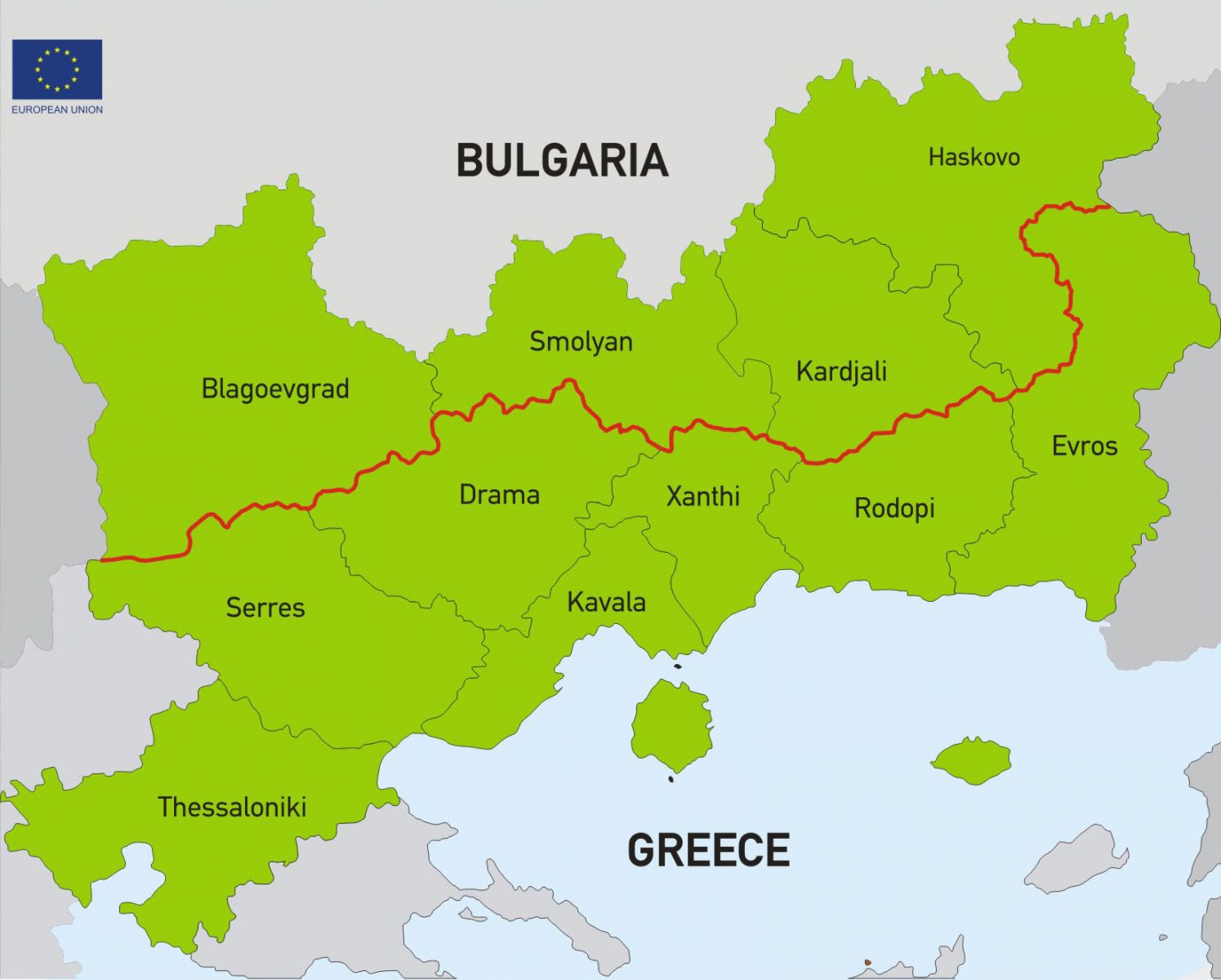 The Greece-Bulgaria cross-border cooperation area for the programming period 2014-2020 is identical to the current ETC programme. It extends to 40.202 km2 and has a total population of 2.7 million inhabitants. It covers four territorial units at NUTS II level (Regions), and 11 territorial units at NUTS III level (Districts). The eligible area extends across the entire Greek-Bulgarian border and is neighbouring with Turkey (east) and FYROM (west), both countries aspiring to access to the EU. It is part of the most south-eastern non-insular area of EU, and it is situated between three seas: the Black Sea, the Mediterranean Sea and the Ionian-Adriatic Sea. Finally, it sits at the crossroad of strategic fossil fuel pipelines supplying the EU market and TEN transport axes. The settlement structure of the area is characterized by the presence of 10 medium-large cities (>50.000 inhabitants) which accumulate 38,2% of total population, and 25 small cities (10.000-50.000 inhabitants). Despite the historically relatively small amounts of funds allocated, there is a long history of cooperation in the eligible area, which started with Community initiative INTERREG I (1989-1993). The priority axes are:   PA 1: A Competitive and Entrepreneurship Promoting Cross-Border Area PA 2: A Sustainable and climate adaptable Cross-Border area PA 3: A better interconnected Cross-Border Area PA 4: A socially inclusive Cross-Border area PA 5: Technical Assistance